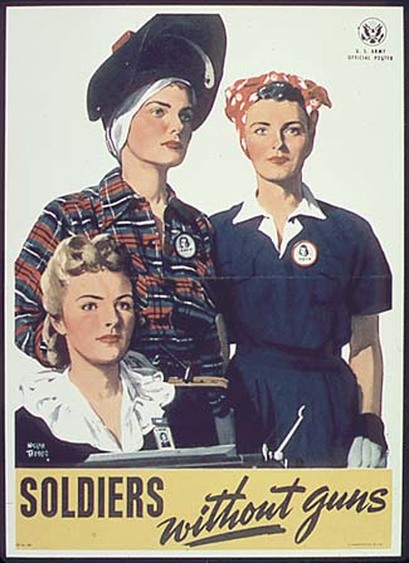 Before World War II, most women stayed home and took care of their families. During the war, men left to serve overseas and many women stepped in to do the men's jobs, including building planes, welding, engine repair, and riveting. Between 1940 and 1945, the female labor force grew by more than 50 percent. Women played an important role in World War II. 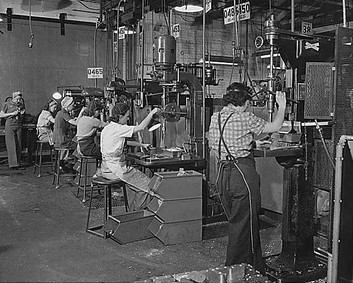 Courtesy of Center for the Teaching of American History, Binghamton Univ.