AN END TO THE WASPs

“We will not again look upon a women’s flying organization as experimental. We will know that they can handle our fastest fighters, our heaviest bombers; we will know that they are capable of ferrying, target towing, flying training, test flying, and the countless other activities which you have proved you can do… we of the Army Air Force are proud of you; we will never forget our debt to you.” -General Henry “Hap” Arnold, 1944

In March 1944, eight months after the beginning of the WASP program, Congress was considering militarizing the WASPs, which  had been a goal of Cochran since the beginning. At that time, there were several groups of women working military jobs. Women in these groups received veterans’ benefits, except the WASPs. As pilots from overseas started returning, they saw that women had replaced them and they formed a lobbying group, opposed to the WASPs. Congress defeated a bill for militarization on June 21, 1944. To let them know their service was no longer needed, Cochran sent out a letter, telling them of their deactivation.

“I was also disappointed that we were not militarized, as we had been led to believe we would be.  We had gone through the same training as the male cadets and I thought we deserved to be given AF commissions same as the men.” -Lucile Wise, WASP, personal interview

On December 7, 1944, the last class of women earned their silver wings. The WASP program was officially disbanded on December 20, 1944. The WASPs had served for a total of 17 months. At some bases, the WASPs were greatly appreciated, and the base provided the women’s way home. Other bases only saw the women as far as the edge of the base. Many women tried to get jobs as airline pilots, but were turned down simply because they were women. Most of these pilots returned to pre-war activities. 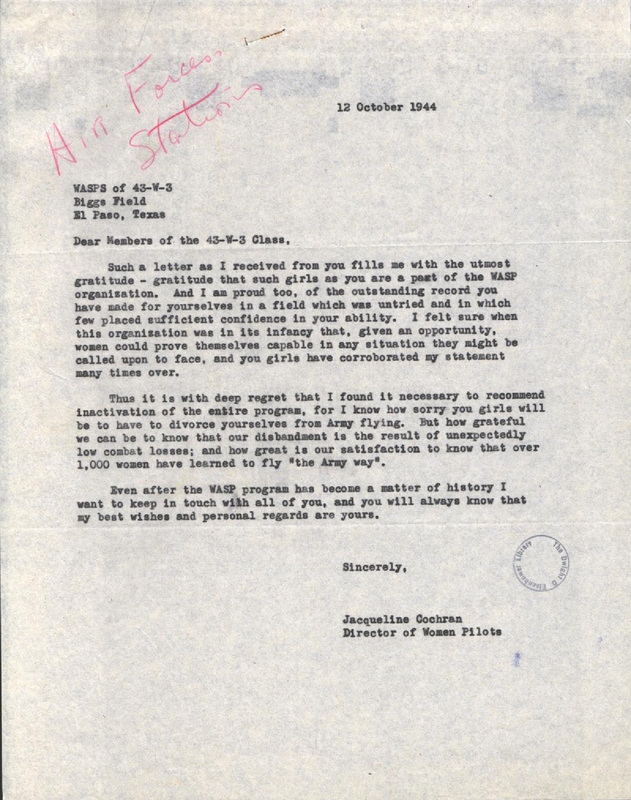 “We were all devastated having been promised if the program was successful we would be taken into the Army Air Corps. It was successful… in the time of need, we were there to help.”  -Beatrice "Bee" Falk Haydu, WASP, personal interview 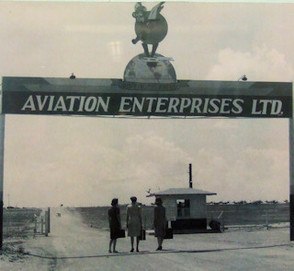 "I felt sure when this organization was in its infancy that, if given an opportunity, women could prove themselves capable in any situation they might be called upon to face, and you girls have corroborated my statement many times over." -Jacqueline Cochran, letter of disbandment, 1944 (top left)